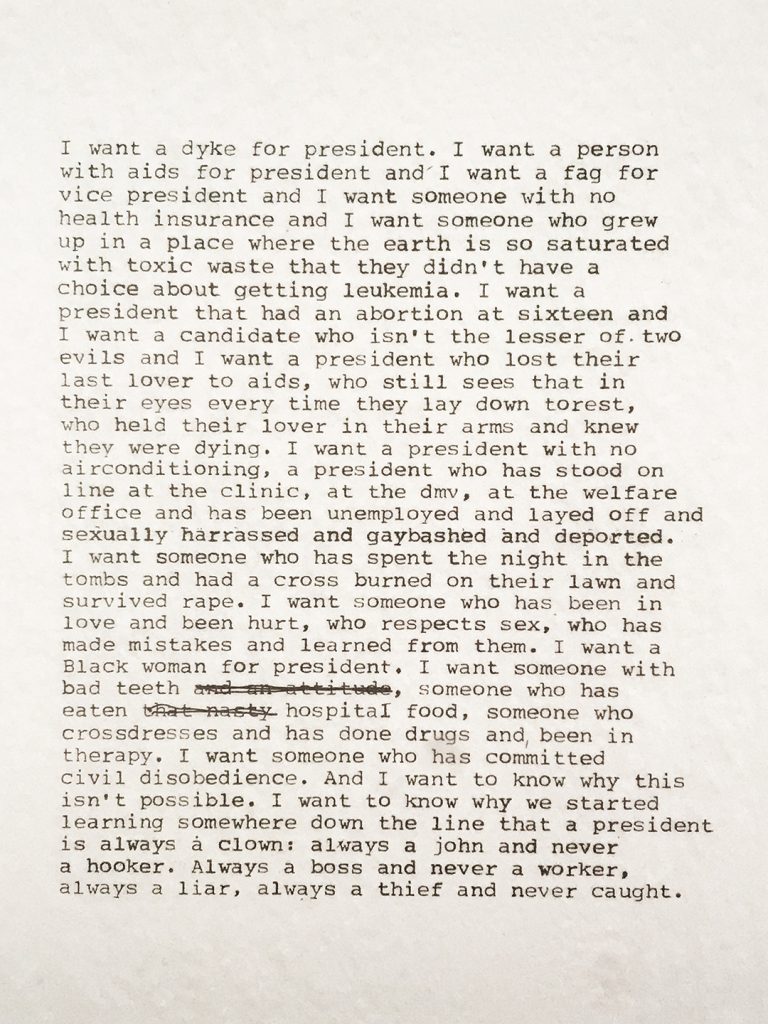 Although this work is the least assuming object in Leonard’s retrospective, it resonates with omnipotent irony to our current political culture. Originally written for QW, an independent queer magazine that folded before publication, Leonard’s letter was an inciteful/insightful call for a voice for the marginalized in the lead up to the Bush/Clinton/Perot election. Twenty-six years later and we still want. And our wants are blatantly ignored. And we are told that our wants are not important. And we still wonder why “always a john and never a hooker, always a boss and never a worker, always a liar, always a thief and never caught.” 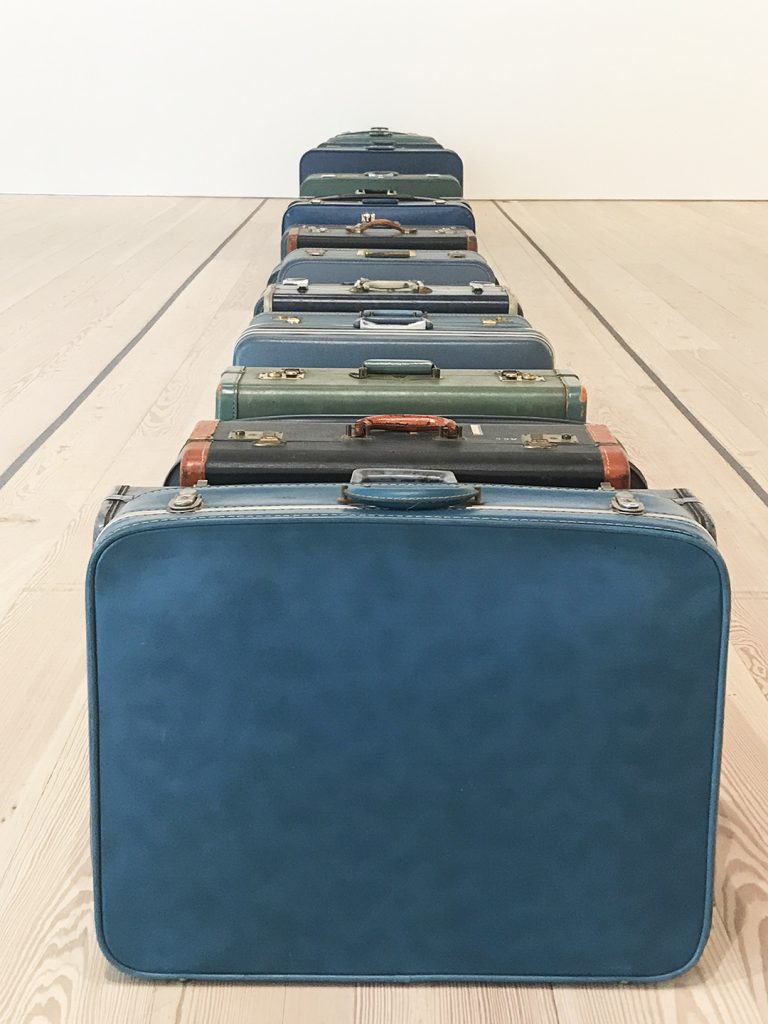