Exploring the body in almost imperceptible action, choreographer Maria Hassabi’s dancers performed daily for one month on the 2nd floor stairwell and atrium. Hassabi intends to remove the theatrical barriers between subject and object, but I question the actuality of such a missive, since the museum is already an artificial construct of stage and audience. The day I visited was the dancers “day off”, so in the spirit of re-performance, I had my friends re-enact the works on the stairwell, to test whether visitors would stop to gawk or simply step over their bodies as they traversed the stairwell. Performance aborted after the vigilant guards noticed our intervention.

~ Colette Copeland
images courtesy of MoMA and the artist 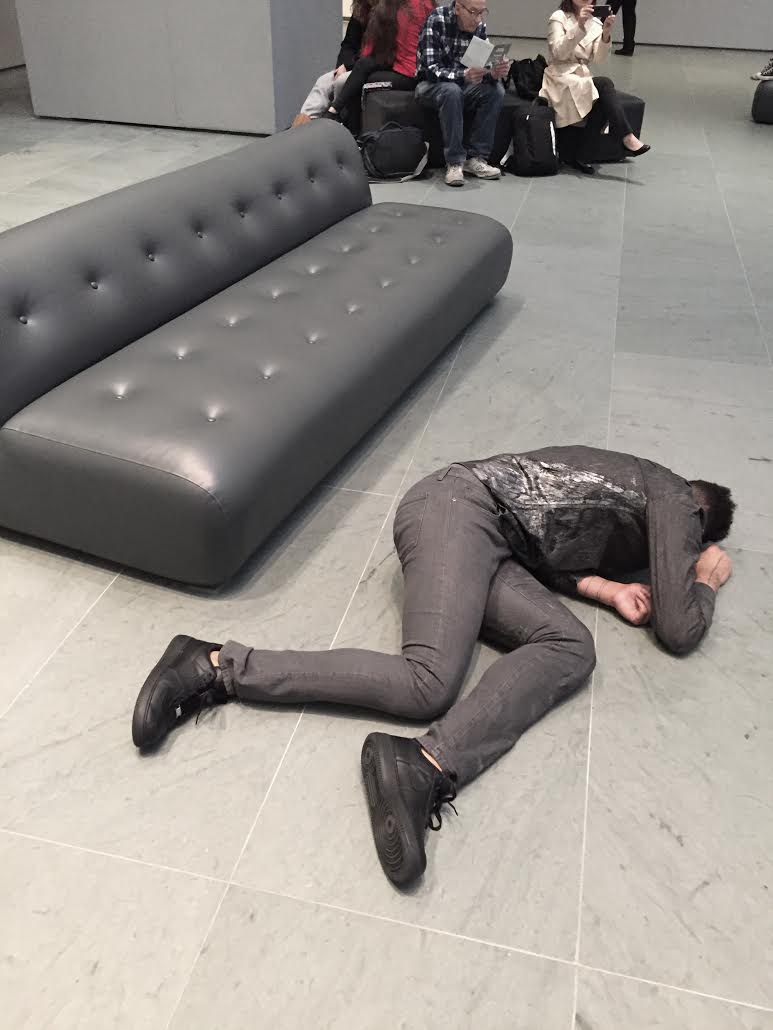 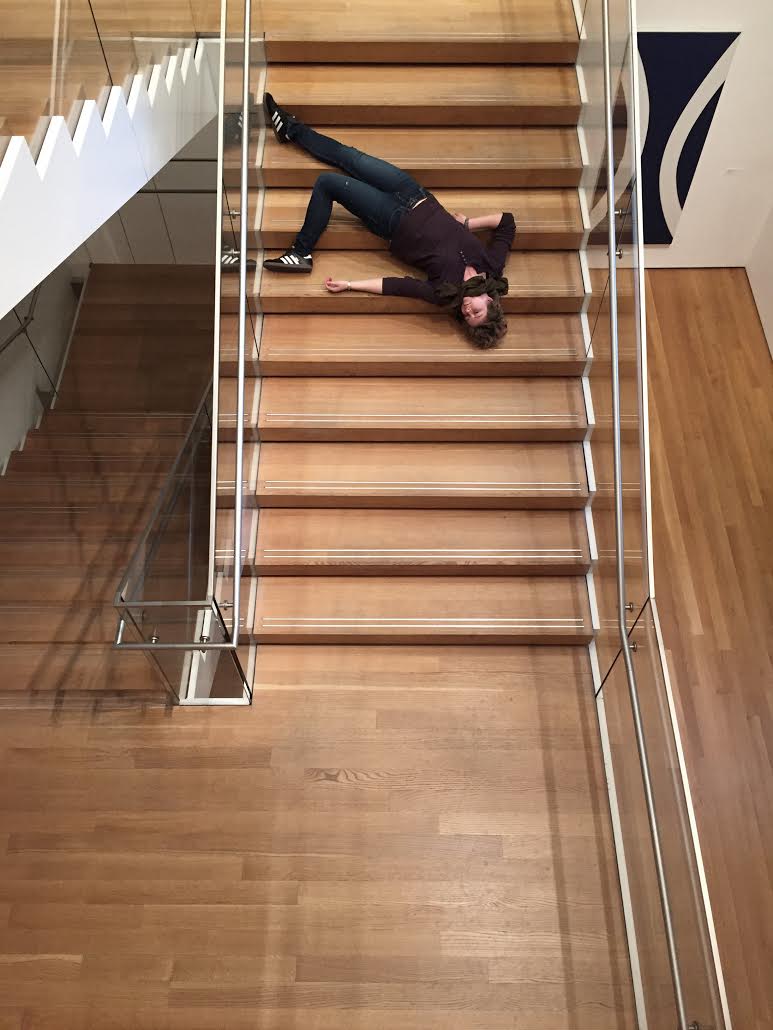 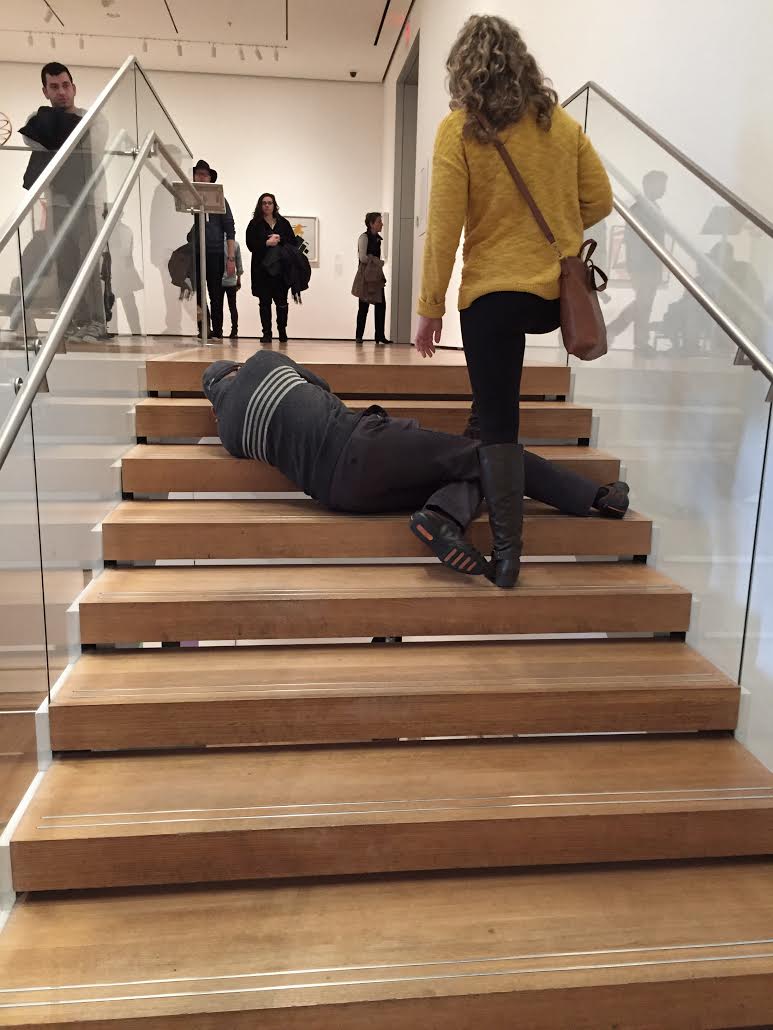