Ethereal golden rays appear and disappear just out of reach, offering an illusory promise of riches. Exploring the relationship between linear form and the body’s movement within space, Pape’s use of golden thread deceives with the semblance of fragility. Because Pape’s work is grounded in geometric abstraction, critics sometimes mistakenly relate her work to European modernism. Pape’s resplendent web is one of resistance, a beautiful and subtle trap defying European colonization of her country, (note the misspelling of the title) as well as political unrest within Brazil’s history. The contingent object’s illumination perseveres, claiming criticality despite subjugating powers.

~ Colette Copeland
photographs by the author 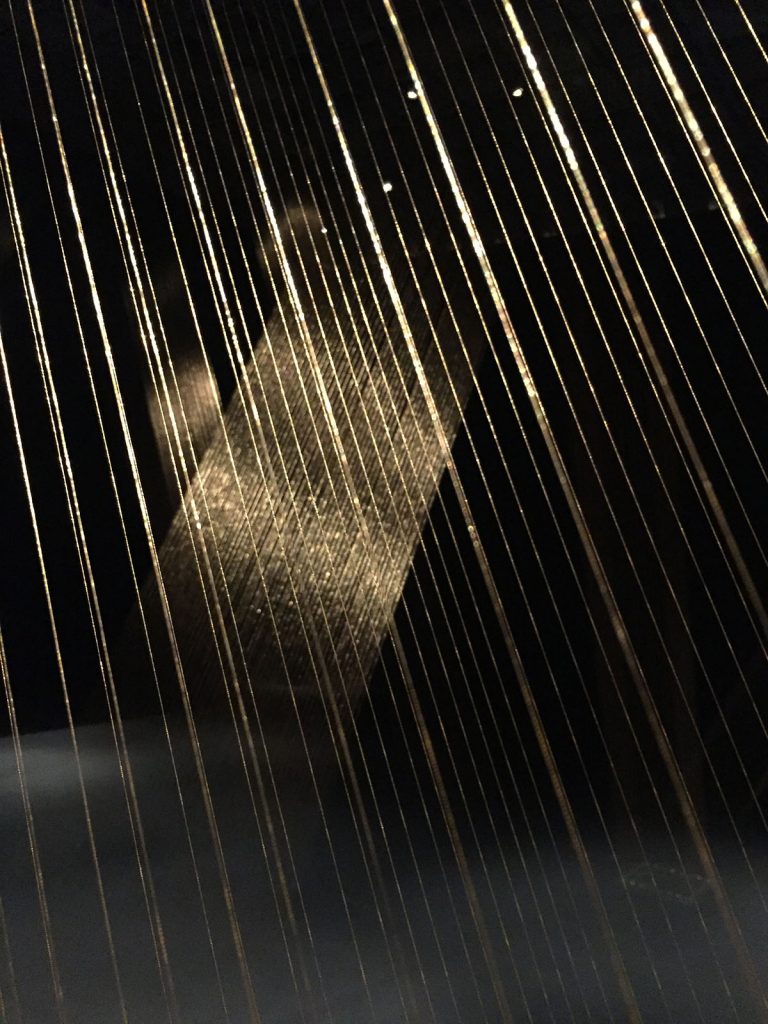 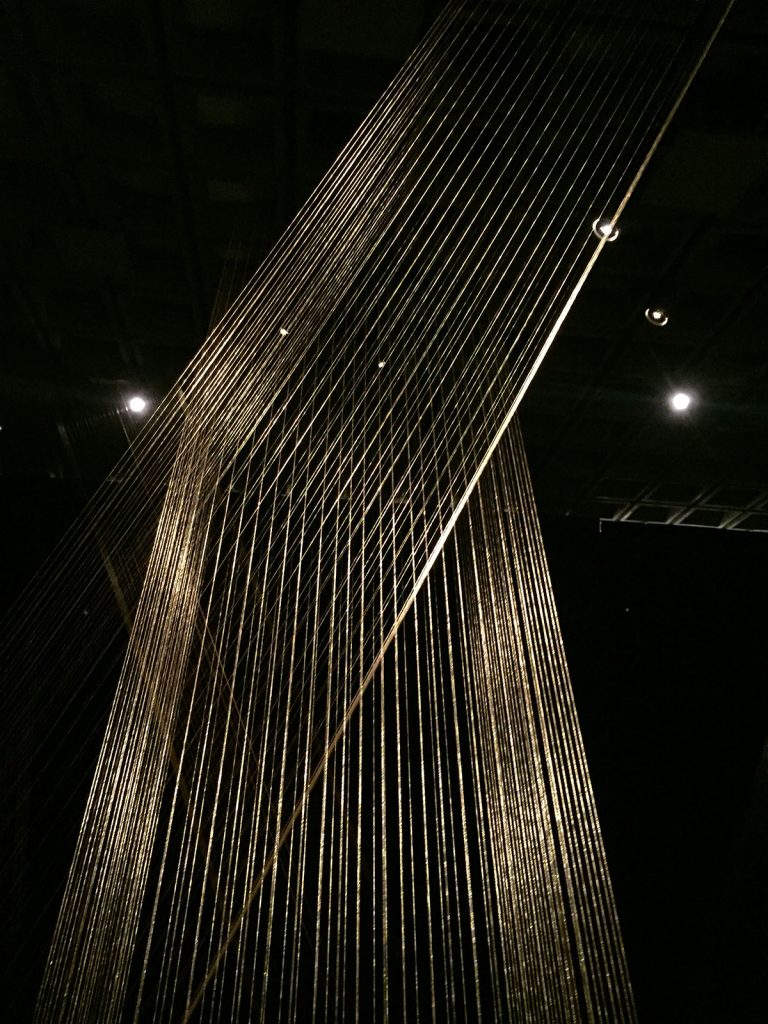