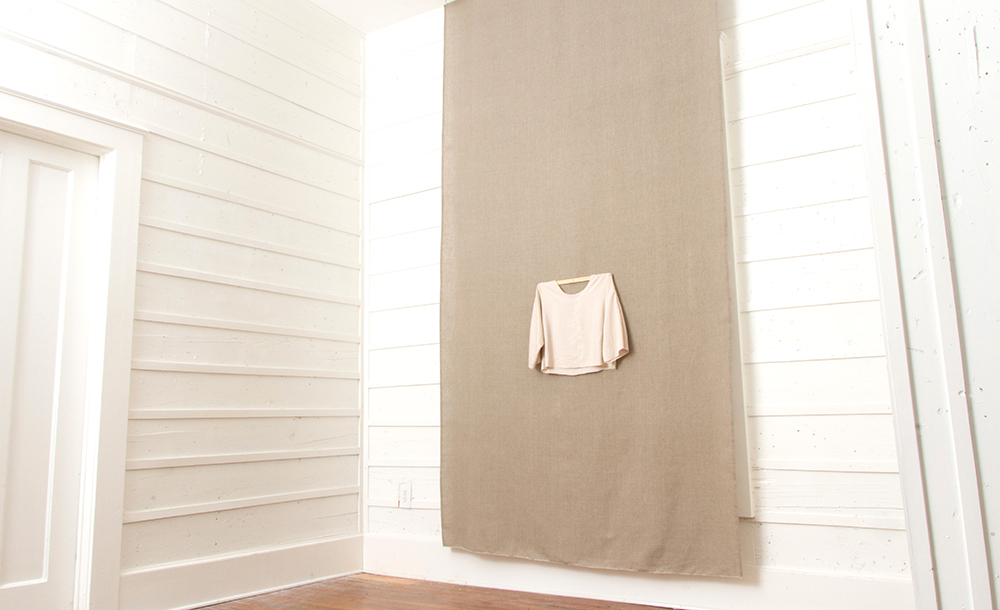 Big pieces hang like tapestries; but instead of being insulating and ornate, Kroener’s are breathing and modest, lining a cottage instead of a castle.  They hide and replace real windows with other views: into the interior of her husband’s jeans; or of flowered bed-sheets transformed into curtains fringed like the flaps partitioning coolness in a florist’s shop.  Dyed, netted, and stitched together by Kroener’s hands, the show shares an architecture of intimacy with 2-D shapes echoing the 3-D clothing from which they came or might become; a few singed scraps echo the slower heat of bodies once wrapped. 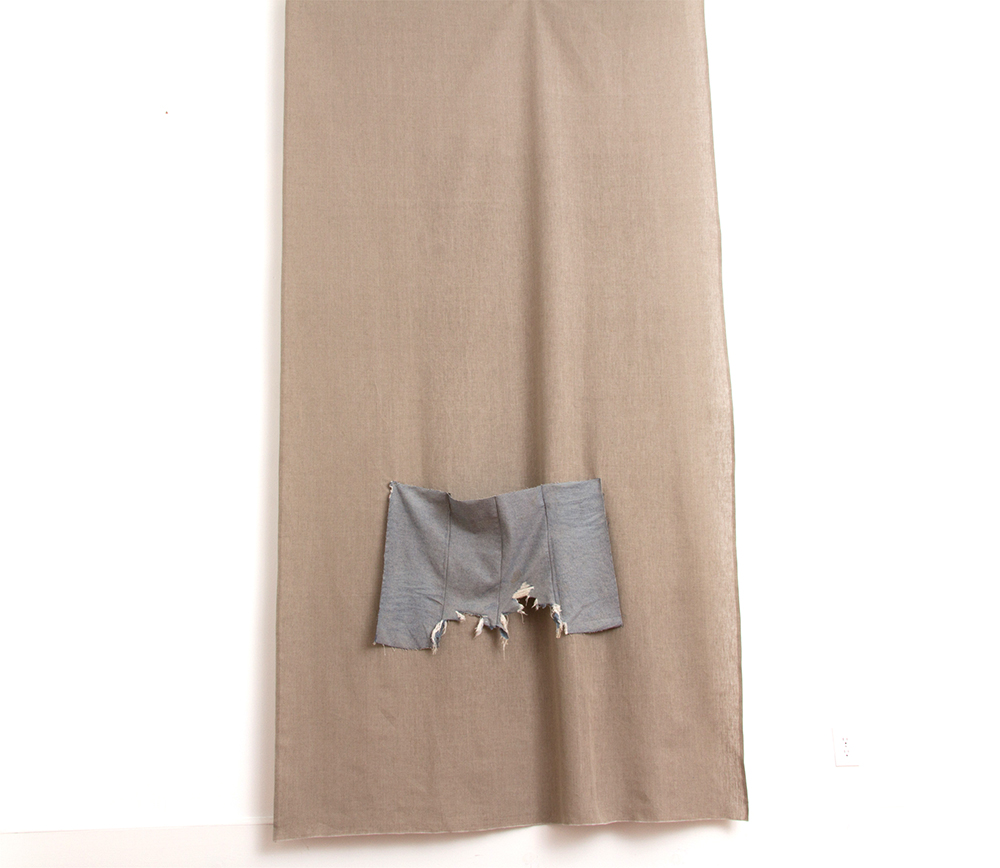 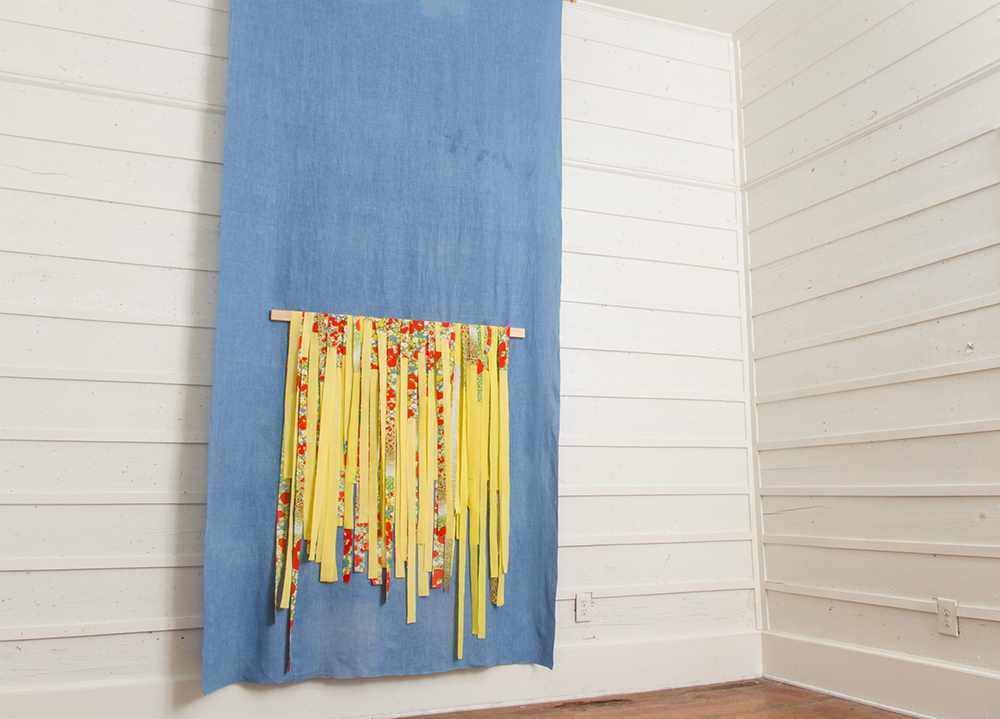 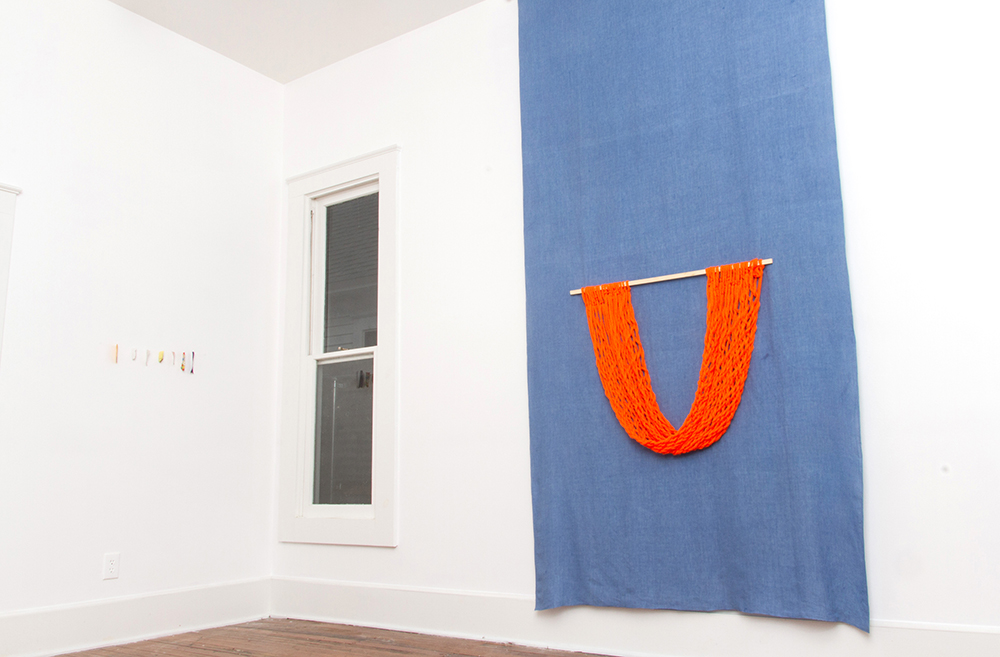 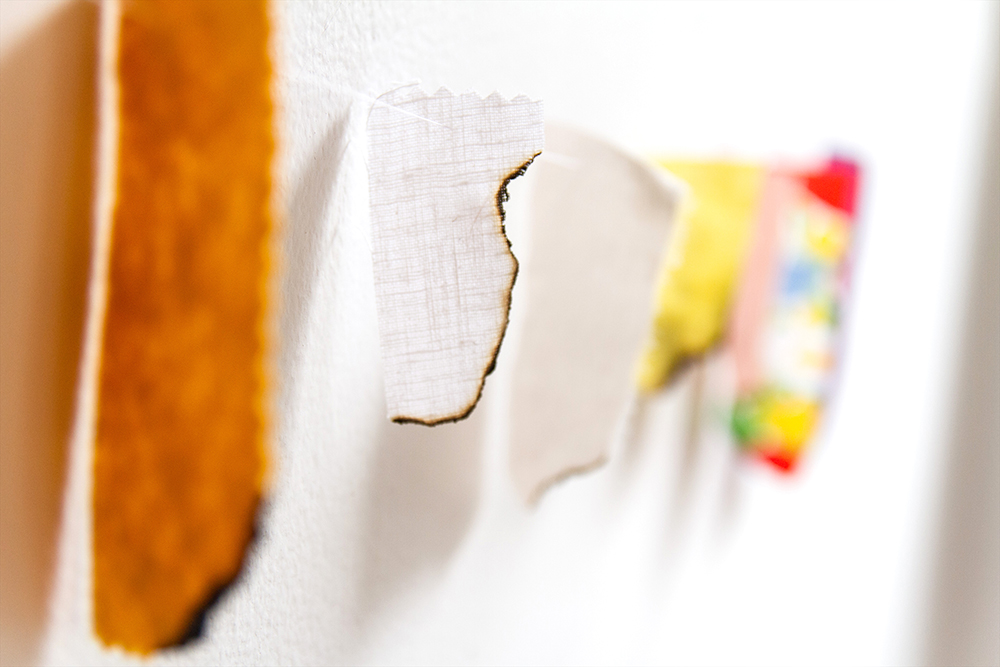 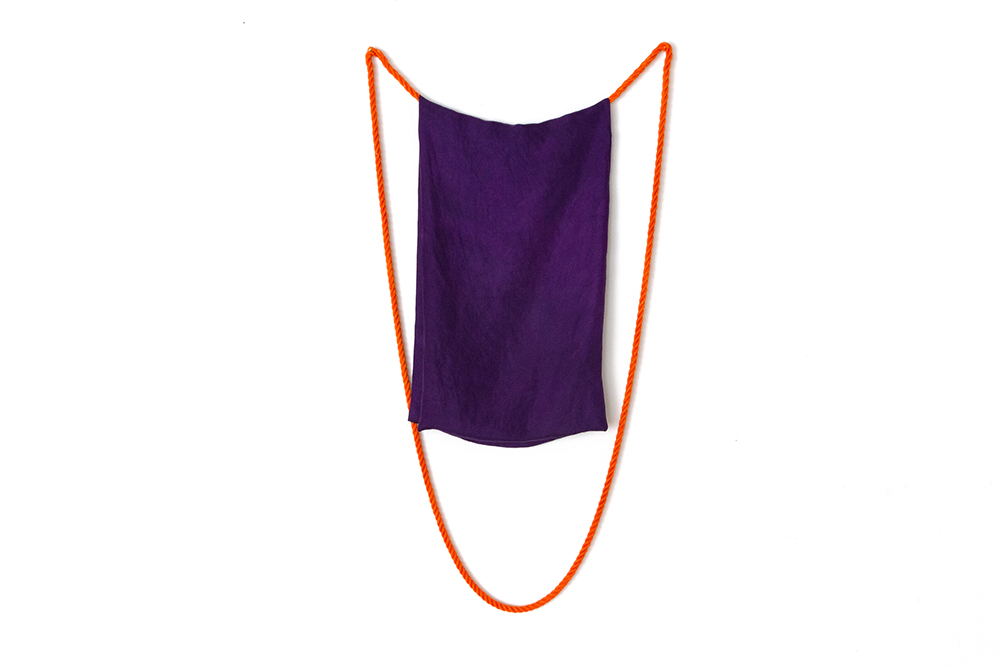