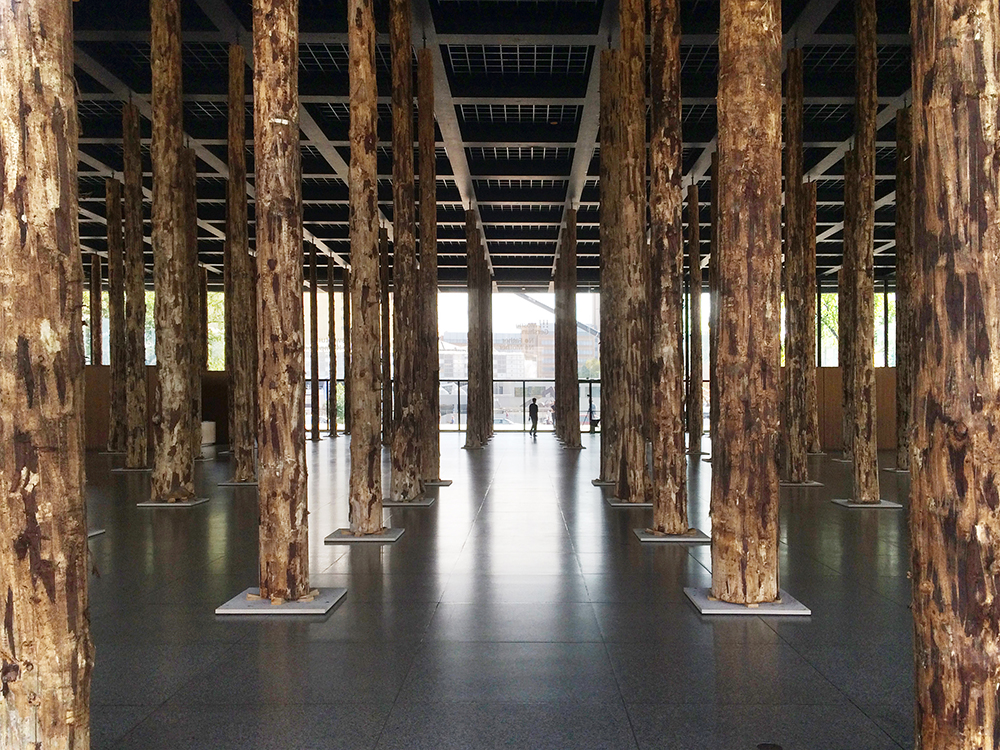 British starchitect David Chipperfield is about to embark on a mission undesired by many: refurbish one of Modernity’s most striking icons – Mies Van der Rohe’s Neu Nationalgalerie in Berlin. As the ultimate physical manifestation of Mies’ “Less is more” architectural motto, the gallery’s geometrical precision and aesthetic perfection must remain unharmed during the imminent restoration, which began this month with a ‘prologue’: an installation by Chipperfield,  consisting of 144 tree-trunk columns inserted to the column-less free glass-encased space,  following the grid of the six feet-thick ceiling hovering above. Resembling a temple, the site-specific installation seems like a last apologetic gesture moments before his blasphemous renovation -the real intervention- begins. 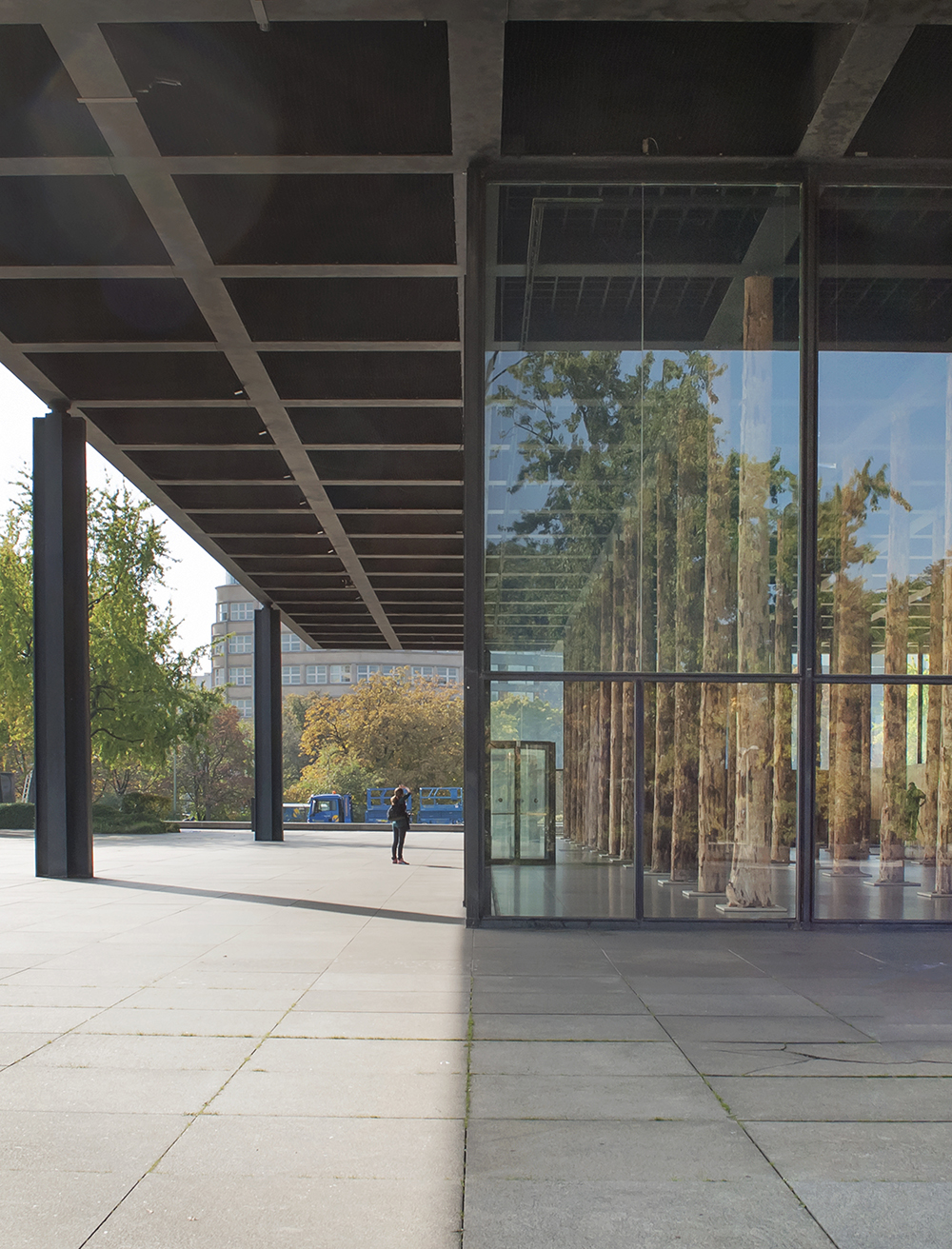 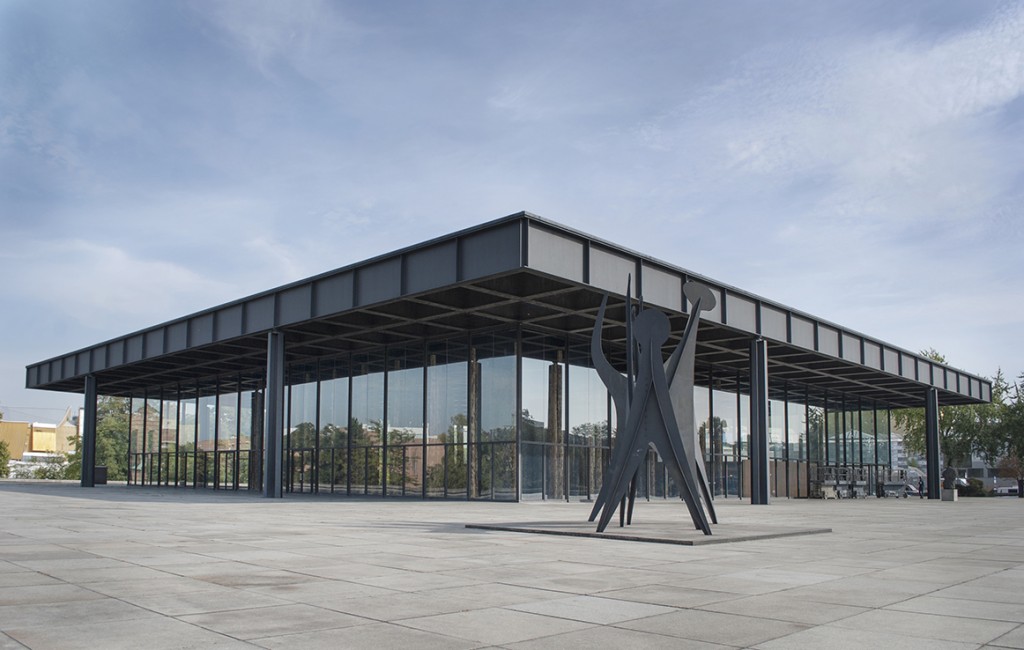 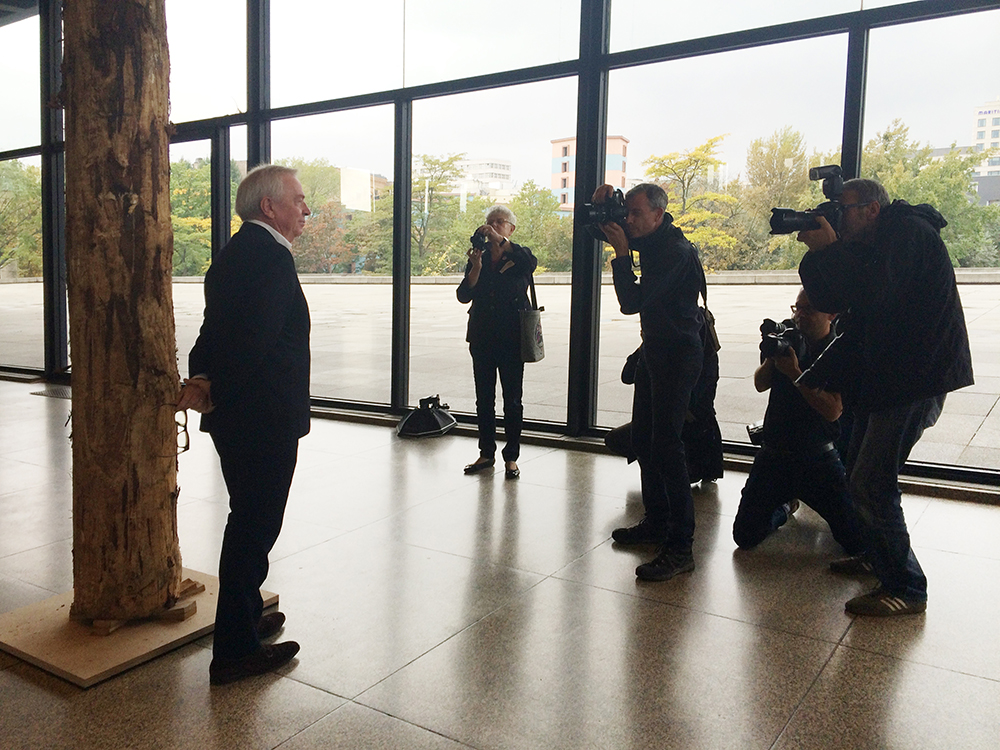