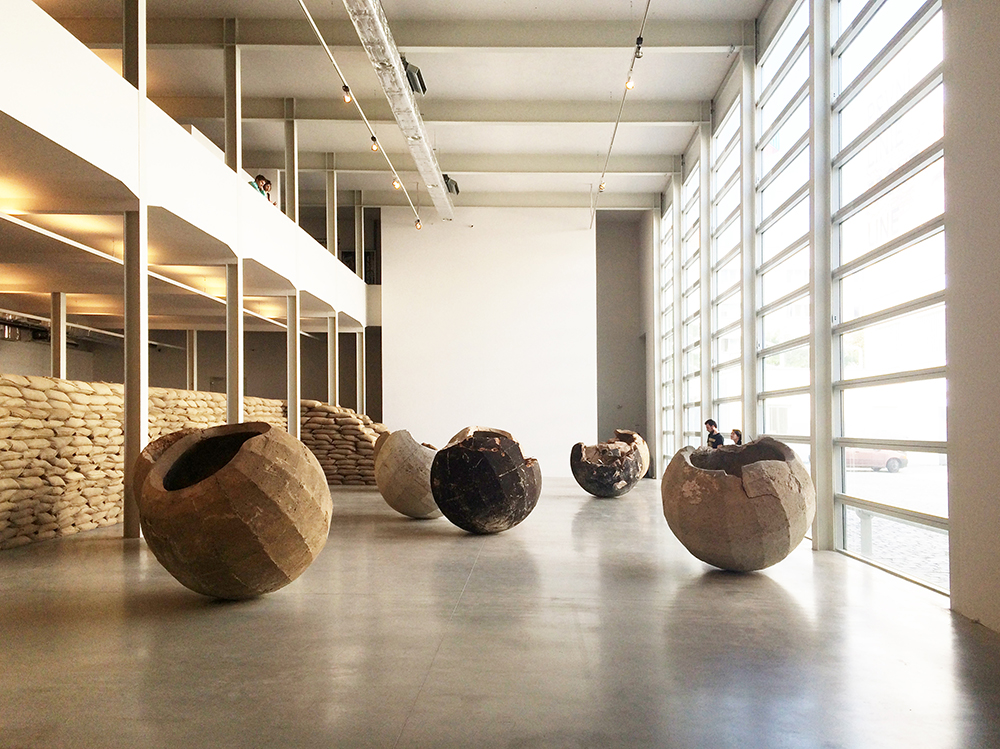 Yet another event marking the hundred-year anniversary to WWI: A monumental site-specific installation in Prague attempts to bring together the two World Wars: Front Line aligns WWI sandbagged-trenches with ball-shaped concrete, one-man, WWII bunkers. Though described by the curators as an abandoned battlefield where the two wars artificially meet, the space bares no resemblance to the chaos it claims to be; in fact, the only juxtaposition is in the two intersecting aesthetic flavors and idealistic notions: the coarse, fragmented relics of an inevitable war, resting neatly within the double-height, white-cubed, brightly illuminated gallery space of the DOX, in the midst of Prague’s post-communist residential plateau. 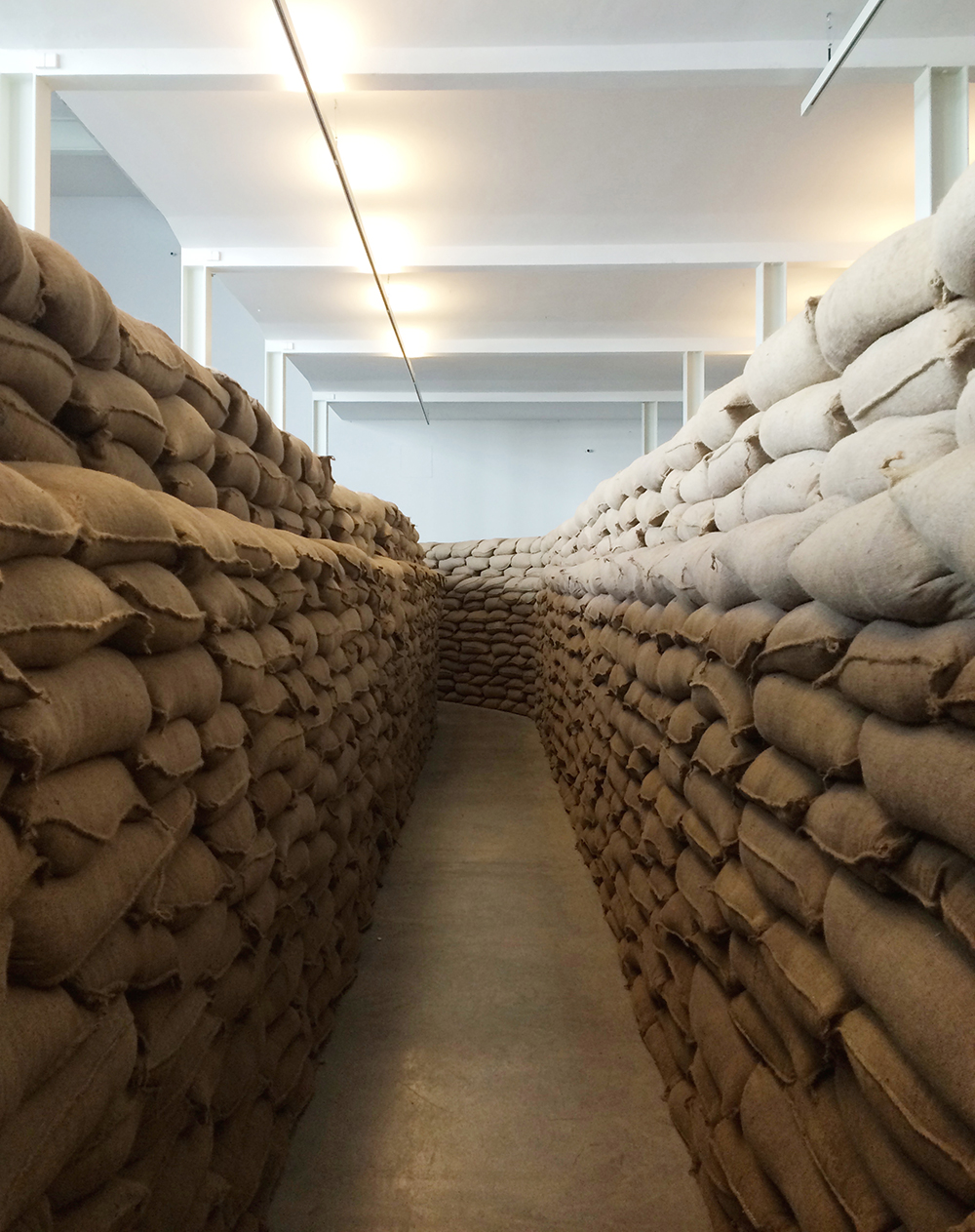